The heroes of taste

Dr Irena Eris Tasty Stories is an exceptional culinary project launched by Dr Irena Eris SPA Hotels. The main characters of the stories narrated by flavors are local food producers. Let’s meet the creators of unparalleled goat cheeses, exquisite smoked fish and fantastic Kormoran beer.
Amazing food and wonderful atmosphere – this is how one can describe the exclusive "Idyll" dinner held at the Dr Irena Eris Wzgórza Dylewskie SPA Hotel in October last year. Food producers are the best source of knowledge about the culinary diversity and wealth of the regions where they come from, and they can talk passionately about traditional recipes and the satisfaction from their work, which for them turned into a happy and fulfilled lifestyle.


Polish-French couple Magda and Stéphane Lefevre own a herd of 70 sheep. They moved from France to Polish countryside to produce exquisite cheeses. Working hard on a farm makes them happy and fulfilled.

The farmers believe that the cheese should reflect the soul of the person who produces it.

Why do you make cheese?

Magda Lefevre: We have had various ideas – pellet production, snail farming... A while back, when we were still in Paris, we thought about what are we going to miss the most, and my husband said: “the cheeses.” Then, we started calculating. There are many goat farms in Poland, but not so many sheep farms, only in the mountains. On the other hand, mountain farmers make oscypki, and not cheeses based on French recipes. My husband loves Roquefort, which is made only from the milk of the Lacaune breed of sheep that are not bred in Poland. So we needed to bring a herd of 17 sheep from France. I remember when they finally came here on a October night. We were so scared Poles wouldn’t want to eat our French cheeses. But already after the first season, we knew we hit the bull’s eye! Because the advantage my husband has over other cheese-makers lies in that that he knows exactly how these cheeses should taste like.

What kinds of cheeses are made at Your sheep farm and where have you learned how to make them?

At our sheep farm, we produce different types of fresh cheeses like Saint Marcellin, Brique, Valencay, and Charolais, and maturing cheeses – Roquefort, Tomme. These cheeses are made using only the milk of Lacaune sheep breed, based on traditional French recipes. We don’t experiment at the production stage with any innovative methods because we believe that the major strength of French cheeses is their irreplaceable taste. Stephane is trying to bring out this taste he knows from childhood years.

Do you advise the chefs on how to use your cheeses in different dishes?

We enjoy working with chefs of hotel restaurants, including at Dr Irena Eris SPA Hotels, because they also share some very valuable insights and ideas on how to include our cheeses in the menu. It happens that we try to tell them what flavor a specific cheese variety can bring into the dish, but they often surprise us with their talent and innovative approach. Last year, our Roquefort cheese was featured in a dessert at the Romantyczna restaurant. We also had the opportunity to taste a classic Polish cheesecake with our Roquefort cheese. Amazing!


Beer is one of the oldest agricultural products known to our civilization. Traditionally, beer production requires time and great ingredients, and, at the Kormoran Brewery, quality and honesty are real values, not only slogans printed on labels.
The credit for the flavor of our beer also goes to our co-producers who quickly became our friends.

What’s the secret of great beer?

Paweł Błażewicz: For me, it’s permanent exploration. In this respect, brewers are a bit like old-day alchemists. It’s a quest for excellence. And finally, it’s fascinating but strenuous work, sitting for hours analyzing the properties of individual ingredients and developing the perfect recipe.

And what can be an inspiration to create new flavors of beer?

Anything can be an inspiration. I love dogs and forests, I can’t even tell you how many twigs and needles I’ve picked up and sniffed in my life. Maciek, on the other hand, once went with his wife to the market, it was right before Christmas, and stumbled upon a smoked prune, such as the one we usually buy to make Christmas compote...

This sounds like a beginning of a very tasty story about beer...

And as luck would have it, we decided earlier that we wanted to show the new face of our Baltic porter beer, one that would be more associated with Poland. Maciej, our technologist, thought that smoked prune could be a great idea and took some of his wife’s fruit, just to check what would happen. We began trials not only with prunes but also other smoked fruit used in the Christmas compote. But apples and pears didn’t prove good for this, so we decided to stick to prunes. I even asked myself then where fruit are smoked in Poland. It turned out there are two types of smoked prune – suska sechlońska (Sechna prune) from the Małopolskie Voivodeship and śliwka szydłowska (Szydłów prune) from the Świętokrzyskie Mountains region. We found direct suppliers of both prune types, but we decided to go for the one from Sechna. Then, we conducted several dozens of tests, I think there were like 30 of them. We checked how many of these prunes we should add to make sure we didn’t lose the character of the base beer (the porter) or the prune.

What are some other secrets of good beer?

The color of our dark beer varieties is attained thanks to the malts which we roast or kiln ourselves. On the other hand, the straw color of spelt beer is due to the spelt obtained from an organic farm near Kętrzyn. The flavors and aromas of our beers are the result of different varieties and strains of yeast or honey from specially selected apiaries in the Warmia and Mazury region. Unique aromas are also achieved through the use of Polish, European, and New World hop varieties, orange zest, cilantro, coffee, smoked plums, or rowan berries.

How has the Tasty Stories project contributed to the lives of local food producers?

The “Tasty Stories” that we managed to tell with the chefs working in Dr Irena Eris SPA Hotels were an amazing culinary adventure, a perfect form of promotion for local food producers, but most of all, an opportunity to present our everyday work and its effects. Discussions with people were a very nice part of it all. We were able to implement this great idea – “I know what I eat, from field to table.” You are what you eat, so it’s worth to eat only what’s best.


It was actually a coincidence that Jarosław Parol had gotten into this business which later became a way of life for him and his family. He saw this farm 20 years ago at his friends' house during a bonfire. He loved the area, and two years later, he found out it’s for sale.

The Mazury region is famous for the abundance of freshwater fish. What has brought you here?

Jarosław Parol: I have always loved the forest and going hunting with my father. I also love water and sailing – credit for this also goes to my father who was a diver at the  University Scuba Diving Club in Olsztyn. Living close to the nature has always fascinated me. On the other hand, my passion for cooking developed already when I was in college. It has always been like that – I cooked and my friends brought beverages… And it’s been this way ever since; fish farming and processing fit perfectly into my interests.


So, what was it that you decided to feed people with?

As you can tell, I like to eat… But I won’t touch just anything. I live by the rule that you are what you eat. I always wanted to give people something special. But the trick is to make it simple – just like our grandparents used to. Limit the amount of ingredients in the final products to just a few, God forbid – the list cannot take more than just a line. Of course, it is possible, but processing foods this way requires more effort.

What do you focus your efforts on then?

Traditional smoking. Ever since I can remember, my grandfather and my father used to smoke fish this way. I watched them as a child and I was fascinated. I, too, wanted to do it. They were my role models, I knew such products will always be appreciated and sought after. And most of all – that I will never be ashamed of them.

What inspired you to choose this way of living?

It was my dream to be able to live and work in the same place. Not to have to commute, leave, say goodbye and hello to my family several times a day. This was my idea of living for my entire family, because the story isn’t only about me. However, professionally, I wanted to create something from scratch. Running a farm, fish farming, and later fish processing – this is the perfect model of being able to function this way. On the other hand, what we do here is more than business. This is our way of living, I can’t look at it any differently.

Your fish is served in the Dr Irena Eris Wzgórza Dylewskie SPA Hotel. What’s most difficult about the production process?

Traditional smoking is a culinary art in a way. The fish is smoked by a human, not a machine, using only wood to control the temperature and smoke. I intuitively add more wood or close the air went to get more smoke and so the fish will get the desired color – so this is the hardest part. The only thing we add to our fish is salt, and not much of it, just to bring out the flavor.

How do you feel about the Tasty Stories project as the attempt to promote local food producers?

I think it’s very professional and the atmosphere was friendly. It was right on target, as the guests of the Dr Irena Eris SPA Hotels are primarily people who value the healthy lifestyle and such an opportunity to meet the food producers is not something that happens just anywhere.
Traditional approach toward food is being more and more appreciated. 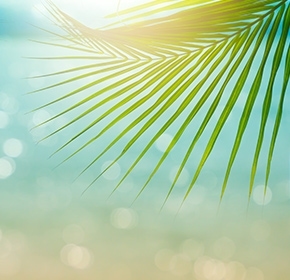 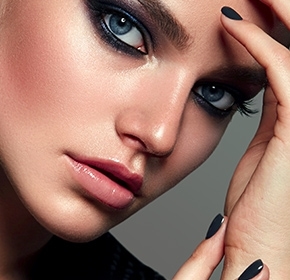