More than a star

More than a star Miloš Forman supposedly called Natalie Portman the smartest of all actresses. With her latest role of Jackie Kennedy in Pablo Larraín's drama feature, this oscar and Golden Globe winner is already knocking the critics’ socks off.
How is it possible that we have known her from the big screen for more than twenty years when she is only 35? At the age of 3 she and her parents left Jerusalem and settled in the US. Here, her career began quickly, as she starred in advertisements first and instantly gained popularity thanks to her role in “Léon: The Professional” directed by Luc Besson. She was 13, and the duet created with Jean Reno is to this day considered to be one of the best in the history of cinema. The charismatic girl with a velvet ribbon on her neck revealed Portman’s talent, brought her fame and opened the doors to a Hollywood career.

Shortly after she played the role of Al Pacino’s stepdaughter in “Heat” and of the US President’s daughter in Tim Burton’s “Mars Attacks!”. She starred in Woody Allen’s “Everyone Says I Love You”, but turned down roles in Adrian Lyne’s “Lolita” and in the new version of “Romeo + Juliette” directed by Baz Luhrmann, in which she was to play next to Leonardo DiCaprio. The then 13-year-old actress claimed that her movie romance with 21-year-old DiCaprio wouldn’t have been sufficiently credible.

Then, for some time Natalie chose theater and the play titled “The Diary of a Young Girl”, in which she played the main character. But she quickly returned to the big screen in an impressive manner—as queen Amidala in three parts of “Star Wars”. Her next roles only confirmed her greater maturity—she played in “Anywhere But Here” with Susan Sarandon, “Where the Heart Is”, or romantic comedy-dramas “Garden State” and “Cold Mountain”. She won the Golden Globe Award for Best Supporting Actress for the role of a stripper named Alice in Mike Nichols’ film “Closer”. At that time she was 23.

In 2003 Portman graduated from Harvard University with a degree in psychology and besides being an actress she is increasingly engaged in political life and charity work. She also takes interest in animal rights, is vegetarian, reads Tolstoy in the original language, doesn’t smoke or drink alcohol, jogs, and speaks German, Japanese and Spanish. She was said, however, to be romantically unstable. Her relationships with actors Gyllenhaal, Gael Garcia Bernal, Liron Levo, the frontman of Maroon 5—Adam Levine, grunge artist Devendra Banhart, Moby, designer Nathan Bogle and Sean Penn fell apart. This has changed however. On the set of “Black Swan” Natalie Portman met her husband—principal dancer in the New York City Ballet and recognized choreographer—Benjamin Millepied, with whom she has a son and currently is expecting another baby.

Actually, Portman winning an Oscar was just a matter of time; she received the award in 2010 for Best Actress in a Leading Role in “Black Swan” directed by Darren Aronofsky. Nina Sayers (Natalie Portman), a young ballet dancer in New York, becomes the principal dancer in Tchaikovsky’s “Swan Lake”. Natalie Portman had been preparing for this disturbing and complicated role for a year under the guidance of professionals and by keeping a strict diet allowing her to get and maintain the shape of a ballet dancer.

Education beyond success and money, but also enormous work discipline make up the motto she has adopted in her family home. When preparing for a role, she collects all possible bibliographical references, works on her acting skills, and does not hesitate when she has to lose weight or sacrifice her hair, as in “V for Vendetta”. However, she always remains true to her principles. She turns down naked roles and ones involving “unjustified exploitation”.

She responds with a smile to Miloš Forman’s opinion of her outstanding intelligence, stated after in 2006 he gave her the part in “Goya's Ghosts”, and readily acknowledges her Eastern European origins. Her father is a descendent of migrants from Poland and Romania, and supposedly lived in Radom.

The fortunes of her family without a doubt affected the actress, who in 2015 fulfilled her dream and debuted as a filmmaker. Her film is the adaptation of Amos Oz’s novel “A Tale of Love and Darkness”, an extensive story of the writer’s life during the birth of the state of Israel. This is a personal project, in which the actress faces her identity and returns to her birthplace. To work with her on the project she invited Sławomir Idziak, excellent cinematographer and director nominated for an Academy Award for the film “Black Hawk Down”. Portman herself directs the film and plays the leading role.

Although Natalie Portman is a superstar in Hollywood, she manages to keep her private life out of the public view. She didn’t become a celebrity and, as she assures, we will never see her posting anything on social media sites. As she claims, “For many young actors it is an indispensable element of life, but for those of us who were living when it [social media] didn't exist, it feels like the last thing you want to do is to invite people to your private life.”

From this point of view, the premiering in movie theaters in 2017 biographical drama “Jackie” is a representation of the passing era of great leaders who fascinated with their personality, and weren’t just creations of the Internet. Produced by Darren Aronofsky and directed by Chilean director Pablo Larraín, the film tells a story about the transformation that occurs in Jackie Kennedy after the death of her husband John F. Kennedy. Once again, Natalie Portman did her best. She read more than 20 biographies, learned the characteristic accent and wide smile. She simply became the First Lady. It is already said today that this role could get her another Oscar.
When preparing for the role of JACKIE KENNEDY she read all the existing bibliographical references and watched film archives while working on her characteristic accent.
10 THINGS YOU DIDN'T KNOW ABOUT NATALIE PORTMAN
1.
In 2008 she was a jury member at the Cannes Film Festival.
2.
In the same year, together with Kate Young, she designed a cruelty-free line of shoes with retailer Té Casan. Some portion of the profit from sales was donated to The Nature Conservancy organization.
3.
In 2011 she designed the limited edition Richard Mille Tourbillon RM 19-01 Natalie Portman watch, and her face appeared on postal stamps created by activists supporting PETA, an organization fighting for animal rights.
4.
In 2012 she topped the Forbes' list of Hollywood’s Best Actors for the Buck. In the last three years film studios received back an average of $42.70 for every dollar she earned.
5.
Together with Annette Savitch, she owns and runs a production company Handsomecharlie Films.
6.
She appeared in various music videos: Paul McCartney’s “Dance Tonight” and “My Valentine”, and Devendra Banhart’s “Carmensita”.
7.
She engages in charity work. Among others, she supports FINCA International, a non-profit, microfinance organization offering financial services to developing countries.
8.
She is the founder of an “online film school”—makingof.com—where experts provide tips and teach the basics of acting.
9.
She took the name Portman after her grandmother’s maiden name.
10.
She is interested in numerology as an important element of Jewish culture.

Dr Irena Eris World Being eco-friendly is a must 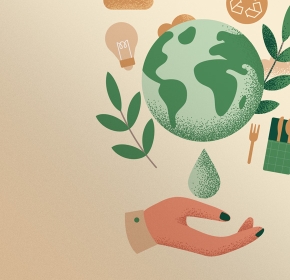 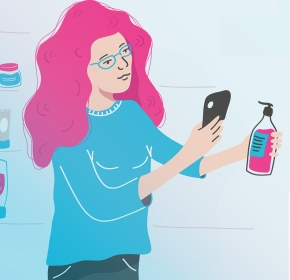