I look for differences between me and the character I play

I look for differences between me and the character I play Agata Buzek is a European actress. She has acted in Poland and abroad. In the cinema and the theater. She has just received the Eagle award for the best female role for the film “My wonderful life” in this year’s edition of the Polish Film Awards. One of her latest projects is the film "Illusion" in which she also plays the main role.
I have the impression that you are reluctant to talk about the backstage of your professional projects. As if you would rather they speak for themselves?
Yes, it’s true. When I’mI’m making a statement by acting in a movie or in the theater, that's my statement. Our collective statement. I don’t like to dilute it with additional stories, it belongs to the audience, it’s their time to comment and experience. We’ve made a very concentrated brew of various herbs that we’ve intricately selected, it does not make sense to talk about, I don’t create characters just to talk about them later. By talking too much, you can also guide people too much, and shut them off to their personal, completely arbitrary interpretations. The reception of a a performance or film should, in my opinion, be primarily emotional, and sensual.

In the film “My Wonderful Life” directed by Łukasz Grzegorzek, you play a woman who finds the strength to stop pretending, being ashamed of her needs, and hiding behind social roles.
And that’s where we start naming and suggesting interpretations to the viewer... but since it’s already been said, yes, for me it’s a film about liberation. About the liberation of a woman. But because the script was written and the film was directed by a man, Łukasz Grzegorzek, it is clear that it is not just a film about women and for women. The assumption that men and women don’t understand each other is a mistake. We live together, we are close and we understand each other and even love each other!

Perhaps the effort to break free from the imposed social roles is a universal experience? The main character’s husband also seems trapped in the functions he performs.
The moment Jo breaks free, the rest of the family is left naked too. She stuck a stick in the spokes and they all fell off! She fights for her freedom and thus forces the truth on others. Not to deny everything in life, but perhaps to learn that what she has at her fingertips is the most important thing.

This particular character shows us her attempt to emancipate herself, to stand up for herself. I’m wondering, when you are working on a new role, can you always find some part of the character within yourself, or do you sometimes have to build it completely from scratch?
It depends. I’m watching it change with me. I used to try to look for the differences between me and the character first and foremost, and now I'm less defensive about the similarities. Differences are very inspiring, they free the imagination. What my character dreams about and what I’m not interested in. What I like and what she hates. The advantages, skills and flaws my character has that I don’t. Different reaction rates, ways of thinking, different opinions about the world, etc. But I’ve learned to accept that what matters most is what I have inside me, what only I have, my experiences. I have already accepted that I will not suddenly become a short, corpulent, African-American jazz singer.

It’s hard to escape your own mental construct.
And physical too. Over the years I stopped being afraid to show them. I realized that they are my workshop. But it was sometimes difficult, accepting that I cannot separate myself from my work, I have no paints, no brush, no easel, no chisel, no notes, no pen, nothing that can be put away, thrown away. There is only me, just with my psycho-physical construct. I think that's why there are so many methods of working as an actor. People are constantly trying to understand and codify this phenomenon. And as a result, every actor has his own method of working, even if they try to work according to some invented technique, they still have to eventually create their own unique one, tailored to their unique construct.

Frame from „Dovbush” movie, dir. Oles Sanin, prod. Roman Klympush, 2021
I have learned to accept that the most important thing is what I have within myself, the things that only I have at my disposal, my experiences.

"Illusion", Marta Minorowicz's directorial debut, is a psychological portrait of the main character created by Agata Buzek, set in coastal locations.
What is your working method?
Right now I rely a lot on music. I have a playlist for each role, I have a different song for each scene. If I can’t focus enough on the set, if I feel there is too much going on and I need a break, I put on music that is related to the character or even to the scene we are about to shoot. Sometimes it’s music that evokes very strong emotions. I can’t explain exactly how it works, but it is effective. For example, before difficult scenes, when I have to play despair or cry, I’m able to listen to the same thing seven times over and over again, because that’s what causes a specific emotion in me. What’s interesting is that already with another film this is exhausted, playlists serve me for one role. For the next movie I have to make a new one. I used to be more inspired by visual things, photos, colors, paintings, and images spotted on the street. Now is the time of sound, and what will be next? That remains to be seen.

You are a vegan, how does that affect your daily choices?
This is a very important aspect of my life. It defines some priorities. Since I’ve made the decision to minimally benefit from the harm of other creatures, it takes some effort on my part to distinguish what I want and what I definitely don't want, to examine what I eat, what I wash with, what I surround myself with, what I buy. I don’t use leather, let alone fur. I look for things that are vegan, i.e. for example: for a shoe to be described as vegan, it’s not just that it’s not sewn from leather, but also to check that the glue and all other ingredients used in the production do not contain animal ingredients or have not been tested on animals. These are “cruelty freecruelty-free” products.

Is “Illusion”, directed by Marta Minorowicz, a sad movie?
This is a film about very difficult experiences that no one really wishes upon themselves and no one would wish upon their worst enemy. We show it very subtly in a non-obvious way, creating an enigmatic picture where facts are barely touched upon and the viewer has to trigger empathy and imagination. We show only tiny glimpses, single cues. This is a mystery film. It conveys an emotional state without giving clear answers. The way of filming, the colors, and the pace are subordinated to the way of feeling, to what is happening inside the woman I play.

What are you working on now?
I have some small international challenges ahead of me in the fall; these will be more of adventures and meetings than big roles. For now, I'm thinking about vacations and getting some rest. Soon I will also spend two weeks in Wroclaw because I’m on the jury of the New Horizons Film Festival this year.
For each role I have a playlist, for each scene – a different track. 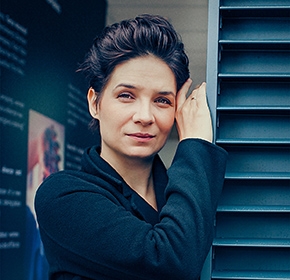 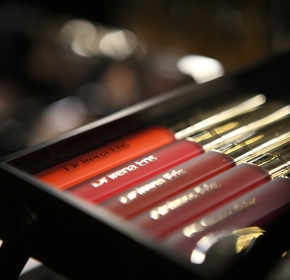